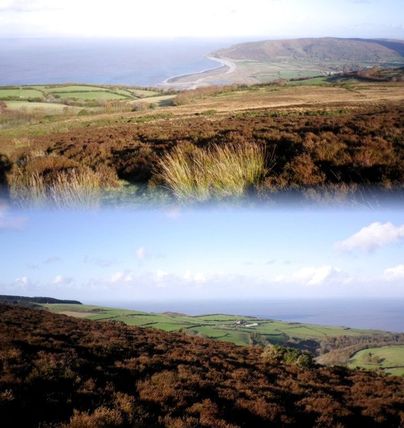 Above, Porlock bay from the west and below, looking back towards Lynmouth
Porlock Village and Porlock Weir

Porlock is a coastal village in West Somerset, England, situated in a deep hollow below Exmoor National Park and facing the Bristol Channel. The area has links with several Romantic poets, and authors: including R.D. Blackmore of  “Lorna Doone”  and  C. Walter Hodges, “The Overland Launch” novels, amongst others.
Porlock village has a pretty High Street, but is particularly famous for being at the bottom of Porlock Hill, one of the steepest roads in all the UK with a gradient of 1 in 4 (25%). The A39 Trunk Road twists and turns on its climb over Exmoor enroute to Lynton & Lynmouth---not for feint-hearted. Fortunately there is an alternative Toll Road with gentler slopes and which also offers amazing views across Porlock Bay.
The picturesque Porlock Weir, once a busy industrial port, is now a peaceful and delightful harbour for yachts and fishing boats. It faces the beautiful Porlock Bay which sweeps around from Gore Point in the west to the easterly Hurlstone Point.On a clear day you can see the mountains of South Wales. At the Weir are, The Ship Inn, the Anchor/Miller’s Hotel and various little shops, plus a good-sized car park with modern conveniences.

Porlock Weir is best remembered for the 1899 Overland Launch of the lifeboat “LOUISA” which was hauled on its carriage from Lynmouth (where it couldn’t be launched because of a stormy flooded harbour) over Exmoor for 13 miles with 18 horses and the lifeboat crew, led by Coxswain Jack Crocombe. Leaving at 8pm on the 12th January, and crossing Exmoor, they descended Porlock Hill and arrived nearly 10 gruelling hours later. They launched from the beach, setting out to rescue the stricken, rudderless merchant sailing ship, Forrest Hall and its 18 crew (including 5 apprentices), (Note: Official figures for the crew were 15.) two miles out into Porlock Bay.
​A really heroic, selfless lifeboat rescue.

typical open boat of the period at Porlock Weir
Daring rescue attempt by Porlock Weir fishermen - against all odds.

Saturday 29th July 1911, and Devon was still in the grip of a record breaking heat wave and drought. William Pollard, an expert boatman, set out with a couple of visitors in his open boat May Blossom. About three miles off shore his boat was hit by a series of squalls, during which visibility was reduced not only by spindrift but by a cloud of dust off the parched land. Being an experienced boatman W Pollard had tried to beat back to the bay but his sails were carried away. Noah Pollard (brother) along with Tom Ward and Tom Pugsley seeing the boat in distress, set out to assist in Noah's open boat the Nancy Lee. By now they were some four miles off shore and both boats being battered by frequent squalls. The Nancy Lee took them in tow. Balers were hard at work in the seething water as they made for Porlock Weir.
They were hit again by an even greater squall and this caused the main mast of the Nancy Lee to be carried away, leaving both boats completely helpless and in fear of total loss.
The paddle steamer Albion diverted course to come to their assistance and with great difficulty, carefully towed both vessels to Minehead.
​ Lifeboats from Lynmouth and Minehead had been launched at the Hurlstone Point coastguard's request but in the end were no longer required.
Just think for a moment upon what the sea must have been like, where the wind is sufficient to break masts and tear sails. Despite that, these brave fishermen risked all for their fellow man … and they very nearly paid the ultimate price. Amazing people. 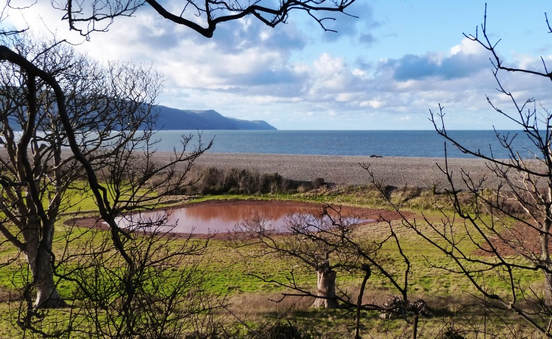 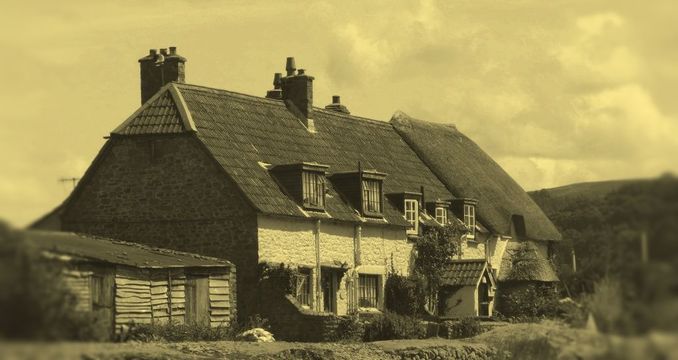 The cottages still stand in 2018. Testament to the builders and the people who live in them.
Tug sinks in Porlock Bay
26th  July 1938.
​          While dragging her anchor in a South Westerly gale at midnight, the tug Triton was grounded and holed near Black Rocks. The pumps were to no avail, so the crew of seven launched a boat . . .  it was immediately smashed to pieces by the waves. A second boat was launched more successfully with all on board but the heavy seas broke over them and capsized them, not once but three times. Two of the crew were separated from their boat and desperately struggled in the water to shore. No doubt without their lifebelts they would have drowned. One of them, just a boy, collapsed on reaching land and was taken to hospital.
It could all have turned out so much worse but the crew had the skills and courage to save themselves.
​                                 To save themselves for yet another day, another ship and another storm.

Call it nostalgia if you like but that is a beautiful world we look upon. 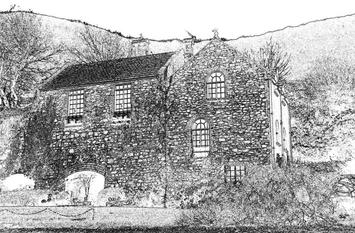 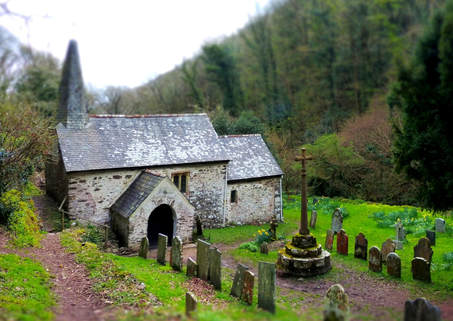 The remote little church at Culbone

A view of Bristol Channel from Exmoor 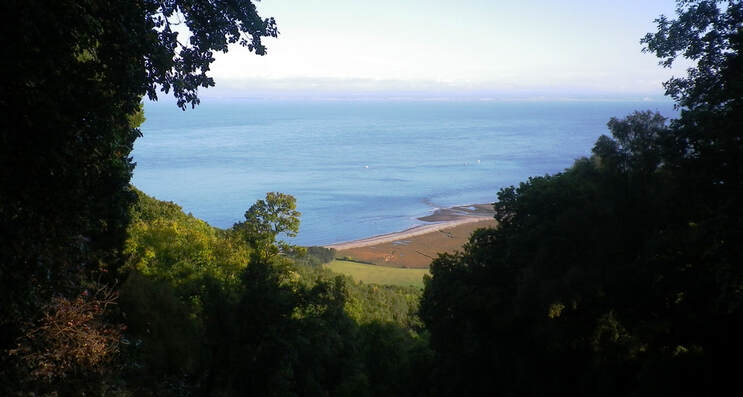 A calm and peacefull Porlock Bay with the Welsh coast in the distance. Taken on a fine summer day from the toll road